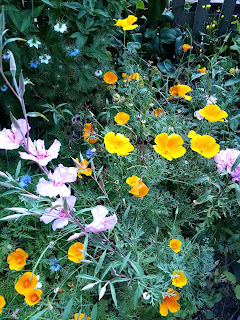 We have had quite a busy week.  It began with our Grandson's 15th birthday when we all met up for a lovely pub lunch, after which they all came back to ours.  Around teatime we fired up a disposable barbecue and let our GS be in charge of cooking the sausages for hot dogs.  Luckily I had a couple of packs of rolls in the freezer which I had the foresight to defrost in the morning 😇  The family shared the dozen sausages (I had a vegetarian one) and lots of salad followed by ice creams. Fab! GS said he had had a fab birthday.

I haven't been feeling well so tried to get a GP appointment on Monday.  After dialling 132 times from 8am onwards, I finally got to speak to a receptionist who offered me an appointment at 11.30am the same day. Wow!  It turned out to be with a Nurse Practitioner but she was lovely.  She gave me some tablets to reduce stomach acid and booked me in for blood tests on......16th August...more than 2 weeks away.  It will be at least a week after that before the results come in.  The NHS is seriously broken.

On Thursday, after weeks of being woken at the crack of dawn (or so it felt) by workmen using pneumatic drills right outside my bedroom window, we had a note pushed through the door informing us that they were, at last, finishing the tarmac surfacing on the roads in the development over 3 days Thursday to Saturday inclusive, and therefore we would not be able to get the cars on or off the driveway during the hours of 8am to 4.30pm.  We also had massive road closures for the Commonwealth games cycling trials so I prepared sandwiches and cold drinks and we drove the short distance to the local plant nursery via the back roads.  We made sure we spent a good few hours there until the allotted time of 4.30pm when we could return home, driving gingerly over the new tarmac!  On the way back we topped the car up with diesel, a staggering £70 just to top up to 3/4 tank 😓

On Friday we took a walk  to the village just to get some exercise.  I must admit it was a big pull getting back up the hill.  I am so unfit I am ashamed to admit it.

Today, Saturday, G has managed to take the car to the allotment which is badly in need of watering whilst I do some ironing and potter with jobs here and there.  Cushion covers are washed and on the line outside and there will be a load of towels to follow.  Post has just arrived with my car tax renewal form so I might as well pay it now before I forget.  That will be another £165 making almost £1,000 in total which has been taken from the joint account by Direct Debit within the last 6 days.  That doesn't include food or the diesel either 👀

My driving licence needs to be renewed by the end of October so I need to investigate how to do that.  I can't do it online as I don't have a passport so I will need a form to complete, I expect.

The annual service on the boiler is booked for Monday but it's under contract so won't cost us anything, thankfully.  I can't believe we have been in our new bungalow for almost 11 months 👀

Anyway, off to pay my road tax now. 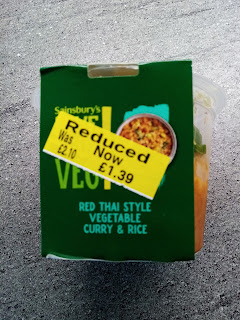